When I was born, I was diagnosed with a life threatening condition that caused the bones in my head to grow WAY quicker than a “normal” baby. They grew so fast that I have had to have over 13 operations throughout my life tohalt the growing process.

In every operation, the doctors have trimmed down the bones in my head in hopes to keep them from crushing my brain. Rapid bone growth directly effected the shape of my face, and from the second I was born, the doctors and my family realized that I would never look like societies definition of a “normal” girl.
My condition caused one of my eyes to appear bigger and unaligned from the other, and I grew up with a tremendous under bite and was never able to bite into any food (I always had to cut it up before I ate it.) I have huge scars from my operations hidden under my hair and as you can imagine, school was far from a “walk in the park.”
I grew up with kids telling me, “Brittany, one of your eyes is bigger than the other… and your mouth looks weird.” It may have seemed cruel at the time, but they were right… one of my eyes did appear bigger and my mouth did look different. They were pointing out the truth, and I was stuck with it.
I spent a huge part of my child hood doing everything I could to “fit in”. All I wanted to do was be ”normal” like the other kids. I remember laying in the hospital bed before one of my operations thinking , “God why did you curse me with this condition? Out of all the people in the world why was I the one who had to be born with it?”
Little did I know that God knew exactly what he was doing.
After years of trying to change myself attempting to fit in with other kids… I finally had an epiphany. Laying with an IV in my arm, and a bloody bandage wrapped around my head for the umpteenth time… I realized that God had a purpose for me… and “fitting in” was NO part of it.
Some people are born to be “normal” and “fit in” with the pople around them… but some people are BORN to stand out and BE DIFFERENT, and I finally realized that I am one of those few people.
So I started embracing it.
From that moment on, I decided that I was going to be me, and every flaw that I had wasn’t going to be a flaw any more, it was going to be one more thing that made me different from everyone else AND THAT IS WHAT MADE ME BEAUTIFUL.
I embraced my bright bubbly personality and started being the person that I always wanted to be. No more hiding, no more normal, from here on out it was going to be as MUCH PINK and glitter and fabulousness as I could possibly fit in my life!
My wonderful Doctor told his friend at a Public Relations firm about my story, and the second she met me she asked if I would be interested in spreading the story of my life.
A few months later, my bubbly personality had landed interviews with 6 news stations, and had the opportunity to share my story with thousands of people all over California!
But wait it gets better! A private non-profit group heard about my condition and offered to pay for 100% of my last 2 operations. Surgeons worked for over 16 hours to CRACK my upper jaw and align it with my lower jaw and significantly improved the alignment of my eyes.

After weeks of recovering in the hospital, for the first time in my entire life, I was able to bite into an apple.

The producer from the show ”The Doctors” called my cell phone one day, and asked if I would be interested in not only sharing my life story with just local Californians,but also broadcasting it nationwide to to millions of people throughout America on their show.
I knew this would be a big deal… but never even imagined how much of an actual impact it would have on actual people.
»From the time I filmed the episode in Hollywood, to the time I got home to my computer, I opened up my Facebook/Email and I had not one, not one hundred, but THOUSANDS of messages from strangers all over America telling me how much my story had impacted their lives.

Just a few of my favorites-

“Hi Britney,
My name  is Carol and I saw you on KUSI a few days ago. From the moment we saw your blonde hair and unforgettable bright personality, my family and I have completely fallen in love with you. We cancelled our plans to watch you on the doctors that night to hear more about your life story. At 5:00pm my grandmother and I sat in front of the TV balling our eyes out as you walked out from back stage after having watched your surgery and learning about your journey that made you who you are today. You’re the most confident and real person I have ever seen. My grandmother told me that she wishes there were more people in the world like you. My family and I wish you all the best in the rest of your journey, and wanted to tell you that I know you’re doing so much for so many children in America. Keep going, and don’t let anyone get in your way. We all look forward to seeing more of you!
Sincerely,
Carol and the Gonzolas family.”

You are such a beautiful young woman. You’re only 21 and you have already accomplished so much. Watching your story on The Doctors completely floored me and my co-workers. I work at a law firm, and you came on in the middle of the day on a Doctors show and every single person in my office stopped what they were doing and gathered around the television to watch you speak. After watching you in surgery, we all expected you to come out onto the stage hunched over in a wheel chair with a frown, but our jaws dropped when you and your bright pink outfit, huge smile, blonde hair and incredible attitude glided across the stage like you were Miss America. After all you’ve been through I was most shocked to hear that if you had the choice to be born without your condition, you wouldn’t  You said it changed your life and it happened to you for a reason and even though we don’t know each other I am SO proud of you for showing the world that you can accomplish anything. My entire office fell in love with you from the moment we saw you walk on that stage and if you ever need anything please feel free to call us, we would love to hear more from you and help in any way we can. Brittany you are truly a walking inspiration.

Dear Brittaney,My daughter is 4 years old and she was diagnosed with Cerebral Palsy at birth. For 4 years, I worry every day that when it comes time for her to enter public school, that children will tease her and make fun of her too. When she was born, I knew that the rest of her life would be a difficult challenge to take on. I used to cry and cry because I didn’t know if I could handle seeing her get hurt (children at that age as you pointed out can be very cruel.) I’m usually not a fan of The Doctors Show, but today when I turned it on I saw your bright eyes and shining smile it was as if God had lead me to the remote. I saw your childhood story and heard you speak about growing up with your condition. I heard you say that you had been teased about your condition as I assume that my daughter will be also. Watching you appear on national television and saying it has made you a stronger person is very unique to hear and it’s exactly what I needed to give me the strength to help Sophia (my daughter) grow up. You’ve grown up to be beautiful and strong having gone through school, and I admire your many accomplishments. When Sophia gets old enough, I will show her your story and pray that someday she will grow up to be a strong and as inspirational as you. God Bless you Brittaney. You have made a big impact on our lives and I hope that perhaps Sophia and I would have the honor of meeting you someday.From, Meing Tzunas

I recently became familiar with your story and I admire you so much for having the strength to not only keep such a positive attitude for yourself throughout your treatments and such, but for inspiring others to stay positive as well.I saw you on “The Doctors” where you said, “some people were born to fit in and be normal but some people were born to stand out and be different, and I think I was one of those people.”The truth is, everyone is different, just not everyone shows it. And no matter what differences somebody may have, whether physical or what have you, I think it’s so important for them to love who they are, and even embrace whatever it is that sets them apart.If everyone thought in such a way, there would be no judging or teasing or ridiculing another. There would be more acceptance and more understanding.Uniqueness is beauty. And I thank you so much for reminding me of that, and for reminding others of that.
– Mr James Wright

I sat in front of my computer for HOURS with a box of pink tissues crying my eyes out reading all these messages from people who had seen the episode, and gone out of their way to find me on Facebook/Email to tell me how they could personally relate to my story and wanted me to know.

So yes, to this day I’ll still NEVER be normal, and I am NEVER going to fit in… but what I thought was God’s curse was actually his wonderful blessing.

I am stronger and more confident than ever. I promote self love, and being you at all costs. Through my health blog, and giving speeches all over California- I will do everything I can to spread the idea that your flaws are what makes you YOU, and that is what makes you beaYOUtiful.

Brittany In The Media: 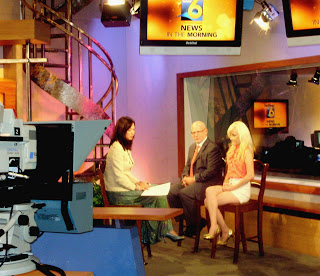 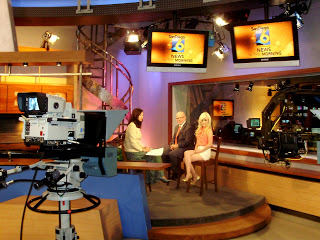 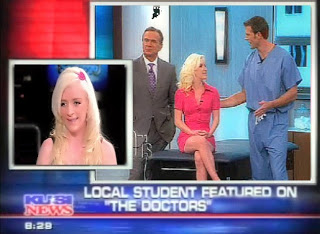 One thought on “About Brittany” 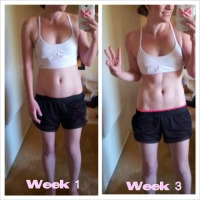